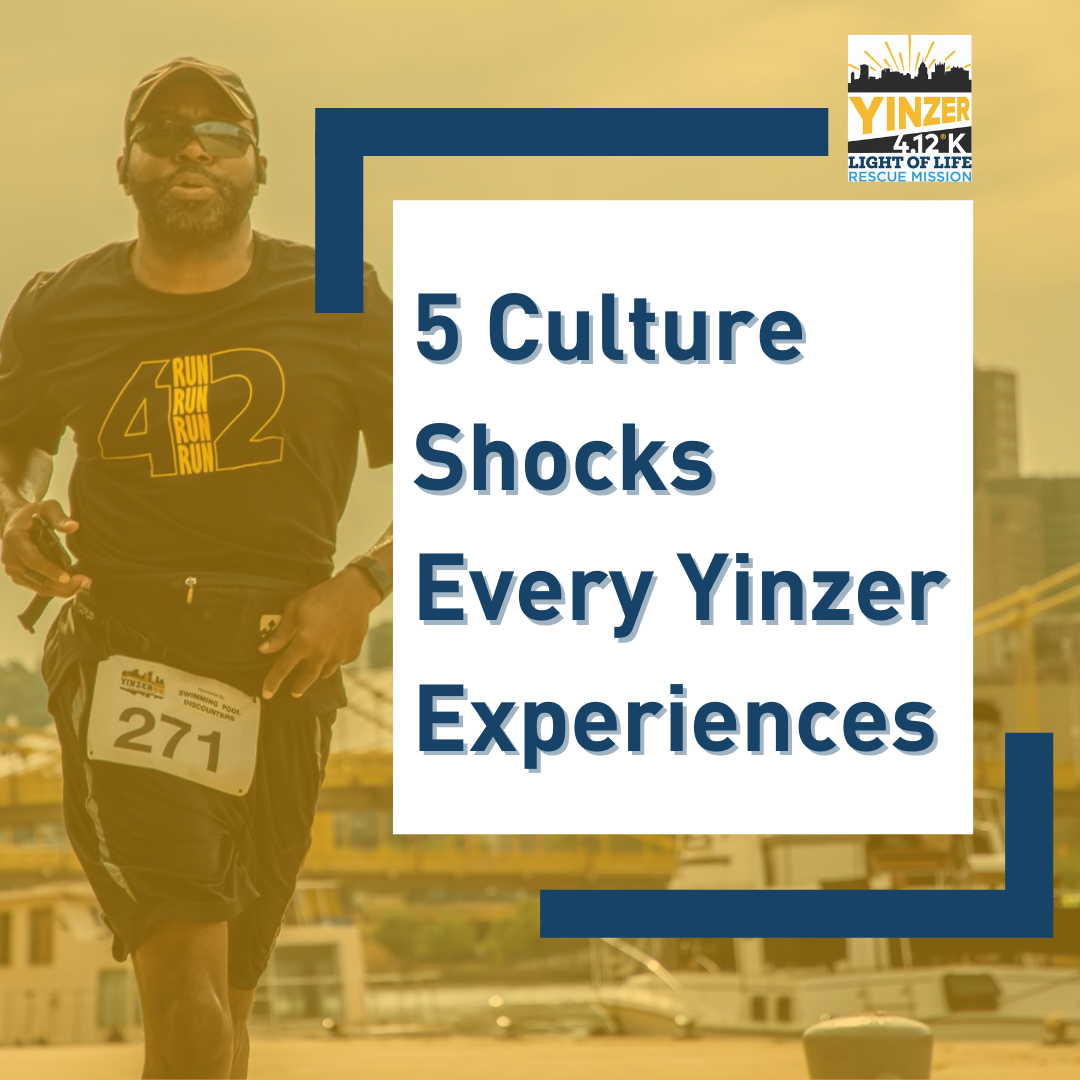 5 Culture Shocks I Experienced When Moving to Pittsburgh

Now that I’ve been in Pittsburgh for quite a number of years, I definitely call myself a Pittsburgher. However, prior to moving here, I was not prepared for what I was about to learn. After moving to the area, I soon realized that there are so many unique things to Pittsburgh that are  rarely seen in other places, if at all. There is no doubt that I experienced a bit of  “culture shock.”

5 Pittsburgh things that shocked me:

An invite to a friend’s wedding had me questioning the  reception’s venue. At dinner, I sat down next to someone I knew and asked why our mutual friend had decided to choose a firehall to have her wedding reception. During our conversation, I learned how common this venue is to have a wedding in the Pittsburgh area. As much as I questioned it at the time, I now think a firehall  is a pretty cool place to have a wedding, or any gathering for that matter. And if you ever see me at a firehall wedding, you’ll find me at the cookie table!

Originally  from Scotland, I know my fair share of words and phrases that are not considered English language and originate from dialects. Believe it or not, I was familiar with “slippy” and “redd up”. However, I was a bit surprised to learn that now living in Western Pennsylvania, I needed to sharpen my listening skills and learn a whole new language. I had no idea who “yinz” was, where “dahntahn” was located nor what a “gumband” was used for. Lots of words and phrases had me completely stumped! I’ve now come to learn of a few and I’m sure I casually slip some in my dialog here and there.

3. Pittsburgh Pride and the amount of black and gold!

When I first moved to Pittsburgh, I was surprised to see so much black and gold, especially in the population’s attire! This was especially true on Sundays in the fall  and winter time. Men, women and children all gussied up in Pittsburgh colors; It was a sight for me to see! Everyone has so much pride for this city and Pittsburgh sports which is unique in comparison to many other areas of this world. Although a bit of a culture shock when I first moved here, I soon got into the Pittsburgh spirit, bought myself a terrible towel and waved it alongside everyone else in the area. If you were to take a peek at my wardrobe, you will see that I have definitely embraced the black and gold and, more importantly, Pittsburgh pride.

4. Fries pair with EVERYTHING in Pittsburgh!

Fries are eaten in many areas of the world, but Pittsburgh does fries like no other. I would never have thought of putting fries on my salad or my sandwich for that matter. Where had I been missing out on such a beautiful thing? As shocked as I was the first time I had a salad served with fries on top, I very quickly came to love this Pittsburgh delicacy. And fries on a sandwich? DELICIOUS!

5. The friendliness of the area!

Many people in Pittsburgh may not realize this, but there are so many unfriendly areas of the world. Pittsburgh is not one of them! While living in Pittsburgh, I have found so many true friends and met so many wonderful people. And for that reason, I’m here to stay. It’s safe to say that I’ve embraced what is unique to Pittsburgh and what I had initially experienced as “culture shocks.” There is no doubt, I am now a Pittsburgher and Pittsburgh proud!